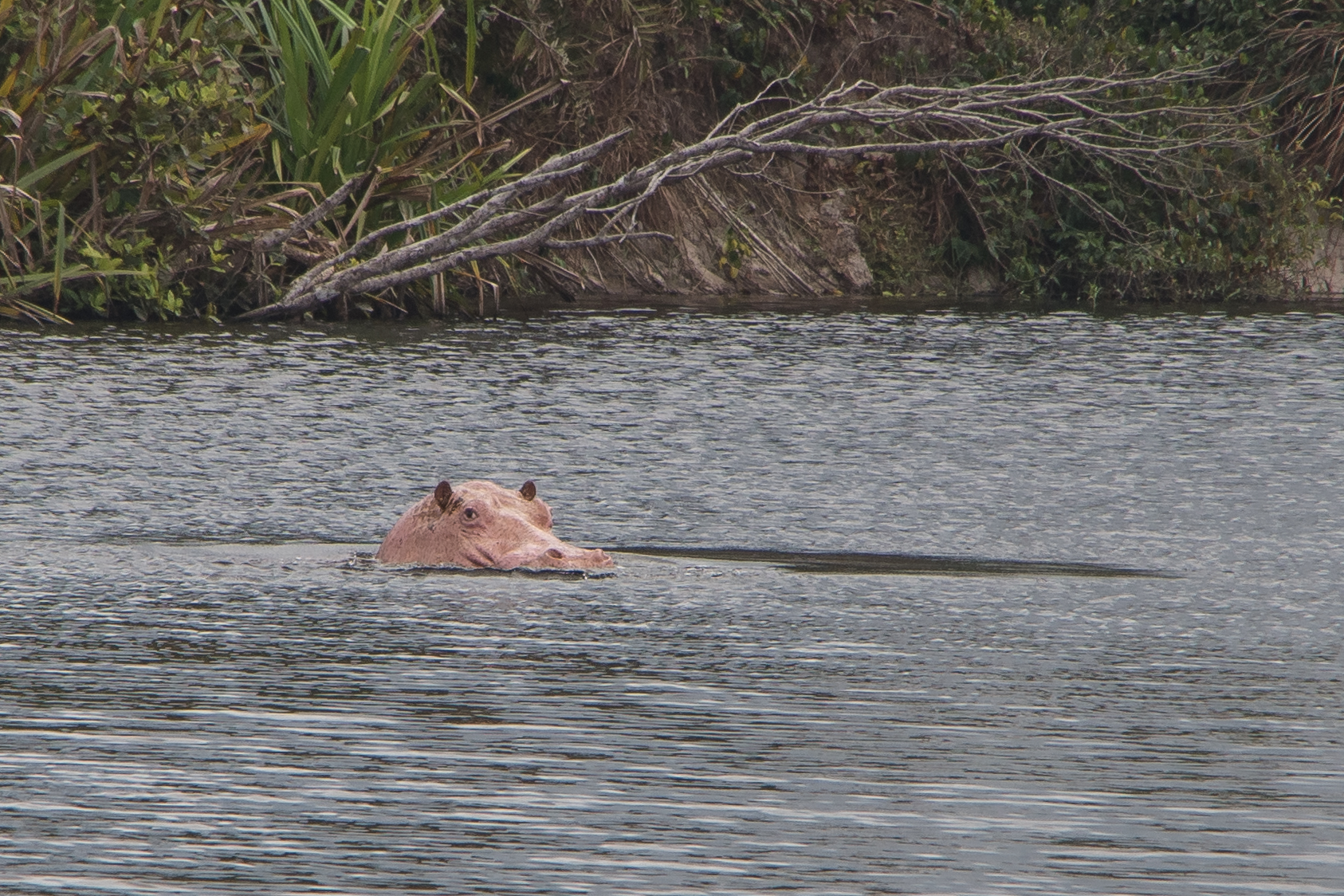 First of all I have to start this blog post with a very random side note. I can not think about the pink hippopotamus I saw without my Dad’s most infamous joke popping into my head. It’s one of those jokes that he loves to tell, but nobody wants to listen to more than once, so if you ever see my Dad be sure to ask him about it, he’ll be over the moon to have a captive ear 😉

Anyways, now onto the actual blog post…the other day (hahaha, actually a couple of months ago, I’m just so terrible at updating this blog that I didn’t get around to posting this yet…whoops) I was at Colas beach to go 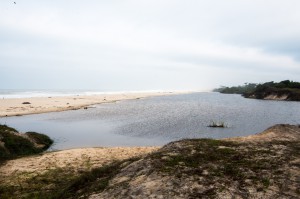 for a walk (as I do quite often) and I wandered down to the lagoon. I started taking some pictures of the beautiful lagoon separated from the ocean by only 10s of feet when I heard a noise. It’s an unmistakable noise if you’ve ever heard it before, the sound of hippos talking (if you’ve never heard it please do yourself a favor and have a listen here, it makes me crack up every time I hear it). I immediately swing back around towards the main lagoon and in the distance in the middle of it I can see them! The ears and nostrils of a few hippopotami are visible just above the water. 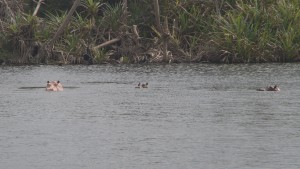 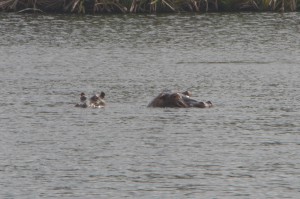 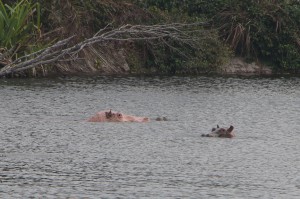 I move around the side of the lagoon and crouch down near some bushes. Slowly I see hippo heads popping in and out of the water. And then I realize that one of the hippos, the largest one that I can see, appears to be pink! Now I’m really fascinated. I sat down and for the next 20 or 30 minutes I just watched the hippos hanging out in the lagoon, moving around a bit and talking to each other. It was really amazing to just sit and watch and listen to them. 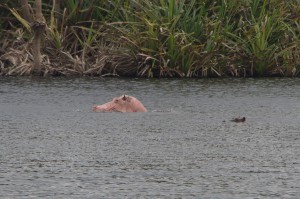 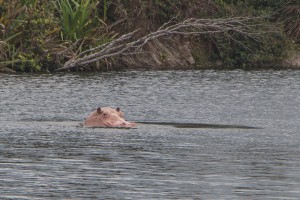 After getting my fill I stood up and started to wander back to the car, but not before spotting a bee-eater watching me from a tree branch over the lagoon. Somebody’s always watching you around here it seems 🙂 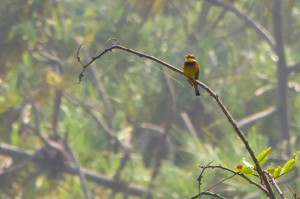 And for any curious minds out there, I did a little research into my pink hippo (why he’s pink) and found out that most likely it’s leucistic. Leucism is a condition where an animal has total or partial loss of pigmentation in the pigment cells (for hard core science nerds, it’s due to a defect during differentiation of the pigment cells or problems during migration from the neural crest to skin, hair, or feathers during development). The difference between leucism and albinism is that albinism only affects the melanin producing cells where leucism can affect all types of pigment producing cells. Leucistic animals don’t have red eyes.