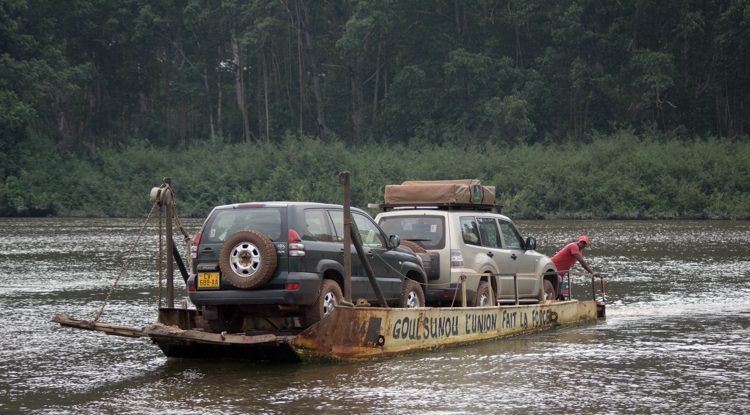 One of the things we knew even before we moved to Gabon was that we we wanted to explore as much as the country as possible. So after months of planning, Teun, myself, my brother and four other friends set off on a road trip around Gabon. We planned a route that took us around the center of Gabon and included several different parks. In planning our trip we used the Bradt Guidebook to Gabon (no, I’m not receiving any money to mention it, but it is the only (as of early 2017) English language guidebook for Gabon), and, as we live in Gabon, we gathered information from friends that had already traveling around the country. While the Bradt book was extremely helpful in planning our trip and finding our way around, we did find some of the information to be incorrect or out of date, and in some cases it was obvious that the author did not actually visit what they were talking about, but must have heard this from other people, so just an FYI.

Getting out of Gamba is always a challenge as after about 45minutes of driving you have to take a small ferry to cross the Nyanga river, and you never know how long it will take to get your turn. Luckily we didn’t have to wait too long (only about 45 minutes 😉 ) and we were soon onto the new (not yet tarred at the time of the trip) road that connects to the national road system.

On the first day we drove from Gamba to the town of Mouila. It took the better part of the day as a considerable part of the road between Gamba and Mouila is still under construction and consists of laterite (red rock gravel).

In Mouila we stayed in a nice hotel near the river, where we had dinner. There was a wedding going on in the hotel that night, which made it rather awkward for us when we turned up at the front of the hotel in our 4×4 cars covered in dirt and the majority of us dressed in casual/outdoor wear, while all the guests milled around in their fabulous wedding attire. The party went on until the wee hours of the morning, making sleep a little difficult.

Day two took us from Mouila to the lively  town of Lambarene, a drive of about 4 hours on a very nice road. In fact, the majority of the national road network is very good, being new, wide paved roads. However, in certain places there are “national roads” that are pretty horrendous dirt/gravel tracks with loads of potholes and bumps (more about that in a later post).

On the way into Lambarene there is a police stop we are all too familiar with. During our trip to Ivindo National Park earlier in the year this police stop had caused us the most delay and annoyance (as we refuse to bribe police). It ended after about 20 minutes with us giving the police officer a few slices of chicken sandwich meat and some stale bread. This time was no different. You always have to present your residence cards or passports to the police at every stop. He quickly examined Teuns and mine, but upon seeing my brother and Adrienne’s passports we asked where their invitation letter was. We explained that they had applied using the online e-visa scheme and they only needed the Gabonese visas that were in their passports. After some arguing, among which he also insisted they needed permission from their parents to be in Gabon, even though they’re both in their 30’s, I suggested that we should call the visa services ministers to determine what was actually necessary. This ended that conversation so he was on to his next issue…in our breakdown emergency kit (there are a large number of items you are required to keep in your car including a fire extinguisher with its own certificate of expiry) we only had one reflective triangle instead of 2. Again more discussion and us being told we could be fined 200,000 XAF (roughly $350) or thrown in jail, and magically one of the other police officers having an extra triangle he could sell us, we eventually negotiated that we would buy the triangle for 20,000 XAF and not get a fine. After 45 minutes and 20,000 XAF we were on the road again.

Lambarene is known for the Albert Schweitzer Hospital and the beautiful waterways that surround it. We stayed at the Ogooue Palace Hotel, which sits on a lovely spot next to the water.

After a quick dip in the pool we headed out on a boat tour, which included a walking tour of a small island where a former woodmill was located. This island now offers cabins to stay at. 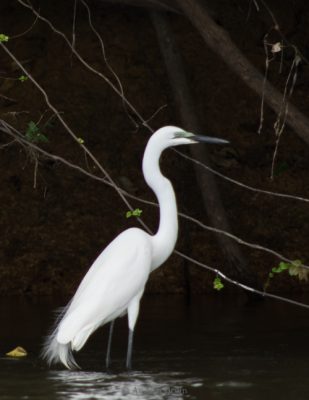 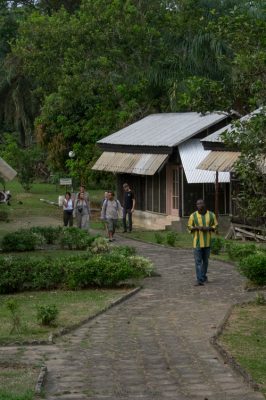 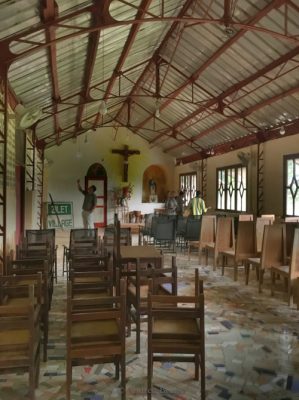 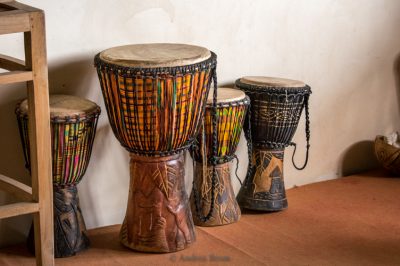 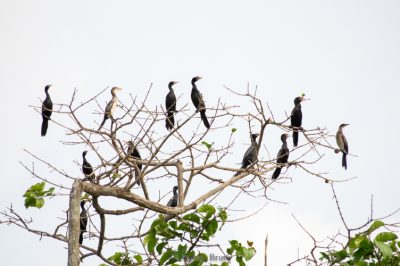 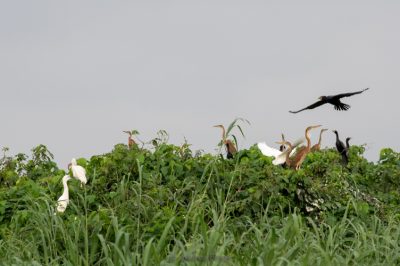 The next morning we visited the nearby Albert Schweitzer Hospital and museum. We picked up some pastries on the way and enjoyed eating them while watching the sitatungas (antelopes) and pelicans, before heading into the museum which gives details about Albert Schweitzer’s life and work and reconstructs his house. 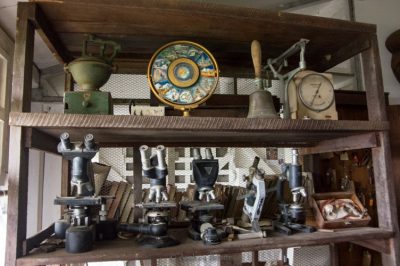 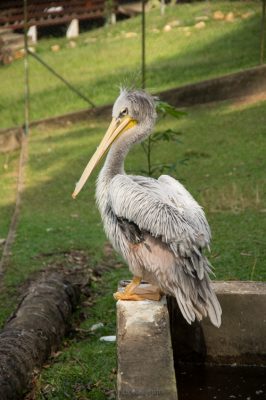 A little before noon we were back on the road heading to Lope National Park, but not before a quick detour to cross the equator.

One thought on “Road Trip Around Gabon. Part 1: Gamba to Lope National Park”