Not far from us, hidden between the beaches and the large Ndogo lagoon, is the a beautiful place called Vera Plains. It consists of large sprawling open meadows, dotted with patches of dense forest.

One weekend we went with a group of friends to camp in one of the prettiest spots in the area, a hilltop that offers panoramic views over the plains, forests and nearby lagoon. It’s about an hour drive from our house through rough dirt paths winding through the forests and hills of the plains.

It’s not the easiest spot to get to, often areas of the road are blocked by fallen

trees or debris from a newly build plantation. Usually nothing a little muscle and machete work can’t fix, though.

The boys worked on cooking dinner while the girls enjoyed the view and sipped on some cocktails…. 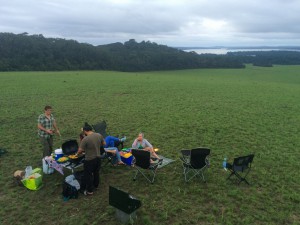 Soon the darkness came and we all huddled around the campfire, or rather very large, bright citronella candles in this case. You would have though they would have protected us from all insects, but in a strange twist of fate we were actually invaded by a large swarm of tiny beetles. At first was funny, as all the bugs seemed be attracted to our one friend, but as more and more came we decided to take shelter in the car. After 15 minutes or so the coast was clear and we returned to our “camp fire” for a bit before heading to our tents for the night. 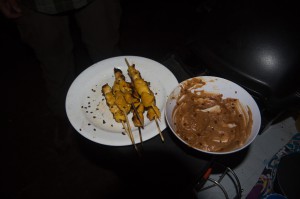 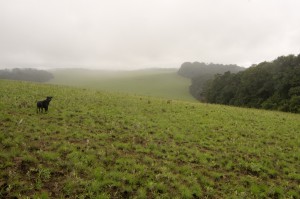 We woke up to a beautiful misty morning and enjoyed the sights and sounds of Vera Plains as we made our way back home. 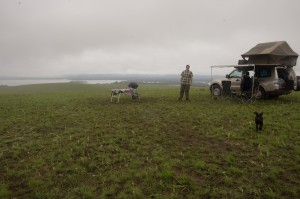 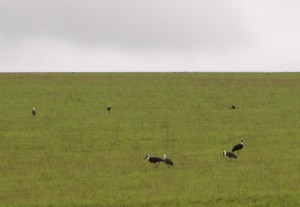 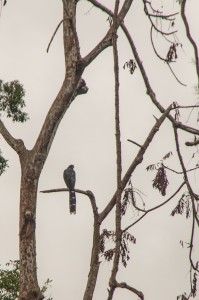 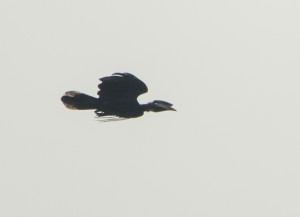 One thought on “Camping in Vera Plains, near Gamba, Gabon”